Fairytale plagiarism! Different Names, but the Same Stories in Fables of Different Nations.

Fairytale plagiarism! Different Names, but the Same Stories in Fables of Different Nations.

Our culture is interesting and multifaceted. Starting from a very early age, children read fairy tales, legends, and stories that are the heritage of the world culture. The most impressive thing is that fairy tales of different cultures use similar themes. The main characters may have different names, details of the story may vary, but the basic idea stays similar. It is a question whether the fairy tales may be considered plagiarized because it is definitely impossible to detect which culture is the originator of the idea. Now, it is better to say that fairy-tale themes are the global heritage that has different interpretations in various cultures and nations. Besides, some authors, such as the Brothers Grimm, used folk episodes and heroes to develop their own stories. Thus, further interpretations of Grimm’s tales could not be treated as plagiarism, as they are based on folk themes. However, even though the similarity in fairy tales cannot be treated as plagiarism, it is interesting to research the most popular stories and the most common heroes in different cultures and compare them.

“Hansel and Gretel” by Brothers Grimm uses the idea of the evil woman that lived in the deep woods and ate children. Sister and brother, who were hated by their stepmother, were sent to the woods where they could die of hunger and were caught by the evil woman who ate children. The children managed to outwit the witch and survive. When they got back home, their stepmother died and they lived happily ever after with their father. The Brothers Grimm were German writers, so it is a German version of the tale. The Russian version is called “Baba Yaga”. The tale depicts the story of the poor girl who was sent by her villainous stepmother to her mother-in-law in order to borrow a needle and a thread to sew the shirt. When the girl reaches the house of the mother-in-law in the deep woods, it appears that she is an evil Baba Yaga, who wants to eat the girl. When the girl finally escaped from the malicious Baba Yaga, her father realized that his wife was mean and divorced her. After this, the girl lived peacefully with her father. The similar story is depicted by the member of the Folklore Society Joseph Jacobs, who wrote “Johnnie and Grizzle”. Jacobs was born in Australia, but published 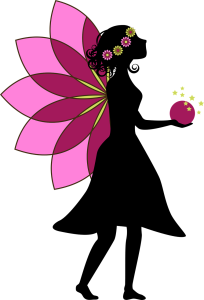 his stories in the USA in a book “European Folk and Fairy Tales”. Johnnie and Grizzle were the kids of the poor farmer who could hardly make ends meet. He sent his children to the forest because he could not bear to see them starving. In the forest, the children found the house of the witch, who wanted to eat them and they also successfully escaped. When they finally got home, their father had earned a fortune and started to look for his kids responsibly. Thus, they lived happily in prosperity. The Indian version of the same tale is called “Kadar and Cannibals”. Its French version is called “The Little Thumb” (Le Petit Poucet). It also discusses the theme of abandonment of children in the forest. The Portuguese culture also has the similar tale entitled “The Two Children and The Witch”. Thus, it is clear that the main characters have different names, they may live in different environment that better represents the specifics of particular culture, but the stories use the same idea and theme.

“Cinderella” is among other popular fairy tales that finds representation in many cultures. The story tells about a beautiful but poor girl who was raised by her stepmother. When the entire family was preparing for the king’s ball, Cinderella was not invited. And she was that poor that she even did not have a dress to wear for such an occasion. Luckily, a kind fairy appeared out of the blue and helped Cinderella. The girl was provided with a dress, shoes, and a coach to get to the palace. There, a prince fell in love with her. However, when the clock stroke twelve, she had to leave this charming place as all the magic was over and her wonderful outfit was about to turn into her regular old clothes. However, when she rushed away, she lost her shoe. The prince found her shoe and began searching for a girl with the smallest feet. The only girl in the whole land that could squeeze her foot in the shoe was Cinderella. When the prince found her, they got married and lived happily ever after. Russian Cinderella is called Zolushka. An Appalachian Cinderella tale is called Ashpet and the main heroine there is helped by the little bird. An African American Cinderella is called Chinye. This girl met the spirit who provided her with knowledge of where to find the money. Once the girl has found the fortune, she spent this money to help her community. A Korean version of Cinderella is called Pigling. The Cinderella’s name in the tale is Pear Blossom, but her stepmother neglected her and called Pigling. A French version of the story is called Pernette.

The fairy-tale facts are amazing! For instance, there may be found more than 365 versions of Cinderella story. In fact, each story is retold to kids by their parents in different ways. Every parent tends to add some details that attract and entertain their kid. This way, thousands of different versions of the same tales appear. When the plagiarism issue is raised here, we may say that there is no place for plagiarism as it is the heritage of the folk. Some publishing companies have the copyright for some versions of the stories. However, in general, the idea and theme that stand behind each of the stories do not belong to anyone. It is the property of the folk.

We can gladly state that it is unwise to blame fairy tales for plagiarism. They will always stay our favorite enchanting stories, which will be retold from one generation to another.

Harshest Punishments for Plagiarism in History

Plagiarism is considered an offence in most cases. However, the punishment for plagiarism depends on many factors. For example, plagiarism law and policy of various educational ...

Cases of Plagiarism in Literature Which You do Not Suspect

Ideas are hard to get especially if you are trying to come up with new ideas of your own. This is one of the main reasons as to why most people are always copying and pasting ...