15 Scandalous Cases of Plagiarism in Hollywood

15 Scandalous Cases of Plagiarism in Hollywood

A recent plagiarism case was for The Martian. Russian screenwriter Mikhail Raskhodnikov claimed a suit against Fox for ripping off his script Marsianin (The Martian) back in 2008. The Russian screen writer demanded $761,700 us dollars to be paid for damages. He stated that he sent his screenplay to fox and was rejected but coincidentally fox releases an identical film with the same name.

Initially released in the Cannes festival Shia LaBeouf’s Howarcantour.com was praised, but it wasn’t until its online premiere in 2013 when Ghost world creator, Daniel Clowes called him out for plagiarizing his short comic. After being criticized constantly by the media he came out and apologized.

Harlan Ellison, known for his work for science fiction sued James Cameron for plagiarizing his written episode for the series “The outer limits”. The episode was called demon with a glass hand, the plot was of a cyborg soldier in human disguise who happened to be from the future and was sent back in time. In the end Orion pictures settled with Ellison and he had a hefty payout. 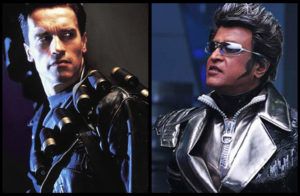 Anime fans would know that Christopher Nolan’s work in inception was not an original. His movie Inception is a copy of Satoshi Kon’s anime Paprika. Satoshi Kon’s Paprika is about psychologist who creates a device to enter her patient’s dreams. Not only did he borrow elements from the story but his editing and framing of inception can be compared side by side.

Another plagiarism case of Russians claiming that the Hollywood producers stole their material was when James Cameron was sued by Chechen author Ruslan Zakriyev. He claimed that Avatar had identical scenes to his book and that Cameron plagiarized his novel. He demanded that the studio pay him 1 billion of the 3 billion the blockbuster made.

Another classic that made it to our list is Ridley Scott’s Alien. Screenwriter Dan O’Bannion happened to draw heavily from A.E Van Vogt’s sci-fi short story called The Black Destroyer. The story talks about an alien life form that found its way in a small space ship and stalks the crew. Even its sequel was about an alien taking a human as its host and incubating it with its eggs. 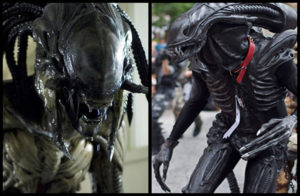 A fist full of dollars

A western classic with an amazing performance from Clint Eastwood, but yet like many of the Hollywood movies is in fact a fraud. A fistful of dollars is a plagiarized version of Akira Kuraswa’s Yojimbo. With shot for shot scenes director Sergio leone was sued by Kurasawa for $100 000 and 15 percent of the worldwide profits.

With identical storyline The Hunger Games is a plagiarized version of the Japanese cult classic The Battle Royale. The Japanese version tells of a group of teenagers who are forced by their government to fight to their deaths leaving only one survivor.

Watching Disturbia you will realize it is actually a clear rip off of Hitchcock’s classic film Rear window. Both stories tell of a man who is bound to his house and attempts to spy on his neighbors. Both characters find themselves paranoid and suspects the murder of a woman next door. Only if Hitchcock was alive to sue for his damages. 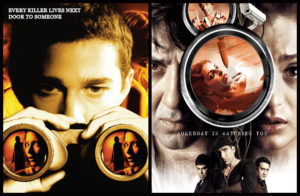 Director Albin Grau approached the Stoker estate to make Nosferatu based on Dracula, but he was quickly declined. Instead he went on and made small changes to his script so that he can go on to make one of the most influential films. Stoker’s estate managed to file suit and tried to destroy all copies.

Unfortunately for all of you Matrix faboys, this one franchise that has roots in plagiarism. Writer Thomas Althouse sued the Wachowskis for $300 million in damages for stealing his ideas. The franchise borrowed extensive ideas from the unproduced screenplay The Immortals.

Another Harlan Ellison movie was under pressure as the movie In Time starring Justin Timberlake was in a lawsuit with director Andrew Niccol. He claimed that the movie had strong similarities to his 1965 work ‘‘Repent, Harlequin! Said the Ticktock man’’ He eventually dropped his suit after the release, probably due to the lack of profits the movie made in theaters. 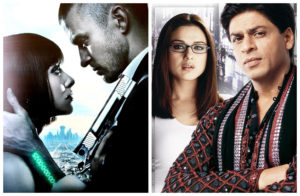 Quentin Tarintino was bashed by his fans when they found out that a Hong Kong film City on fire released 5 years earlier had striking similarity to his film. Although no lawsuit was reported, this was a plagiarism case with distinct similarities.

Sylvester Stallone’s debut film was no original work either. Based on the life of boxer Chuck Wepner, Sly was sued for not paying royalties and acknowledging Chuck. Sly admits to writing the script after 2 weeks of watching Chuck fight Ali. Chuck sued for damages and had an undisclosed settlement.

Author Stephenie Meyer was sued by Jordan Scott for ripping off his novel he wrote when he was 16 called the Nocturne. Both novel talked about teenage post wedding sex and having a pregnant girl with “evil” powers. The similarities were apparent but Meyer chose to deny all allegations.